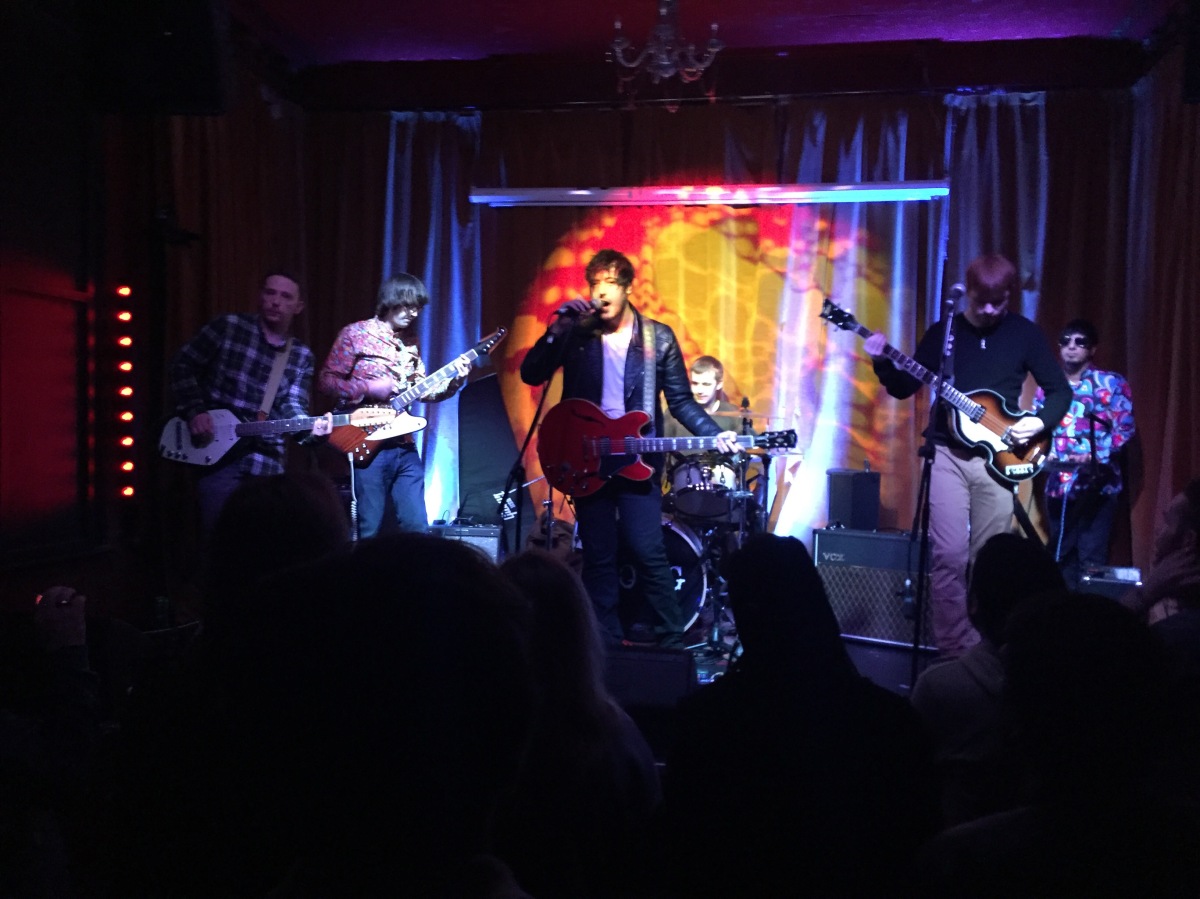 Do you mind if I go a bit off piste today and instead of talking about me and my Unbalanced life, talk about a band that I went to see this weekend? I know that’s unusual. I’m certainly no music reviewer or expert. If I tell you that this band is really rather good and you may want to have a listen, you should know that I am completely, utterly biased.

I’ll tell you why… you see that ginger guitar player on the left…? Well I’ve had him! More than once. In fact, he’s my husband and father of my ginger child.

So here’s the background story. When I met my husband I was already 32 and pretty sure of who I was and who I wanted to be with. Compromises were now unacceptable (little did I know how many compromises you actually have to make when you are married with kids – but that’s another story). I was upfront and laid down two important rules:

You see, Ste is pretty cool (by comparison). He plays guitar in a band, all his friends are in bands, or write songs, or at least love listening to ‘proper’ music. They discuss bands I’ve never heard of – how ‘dirty’ the sound of guitars are, and compare the features of hundreds of pedals and amps in depth, while I gaze on remembering how this morning I was dancing round my kitchen to Katy Perry (with my cat) and looking forward to going to see Take That in the summer.

I could pretend to like the same music, and be more cool, but I’m just not. I watch the X factor style TV programmes they slate as commercial shite, and when I sing along to Ed Sheeran on the radio, I don’t even know it’s Ed Sheeran at first, it’s just a song I like. I am the opposite of a musical snob – I actually have no idea what is cool and what is not. I just like what I like. Fuck the judgement.

Anyway, last year, Ste joined a new band with a weird name, ‘Control of the Going’, and a weird sound. They play ‘Psychedelic Rock and Roll’. I had no idea what that was, and at first when I listened to him play I quoted my grandma, and Alan Partridge, “That was just noise.”

Clearly I was not their target audience, and that’s lucky, because it turns out there are a growing crowd of people who do like Psychedelic Rock and Roll – enough for them to start getting radio plays and now a record deal. A chuffing record deal!! They have released their first single today, and start recording their album next week. I may soon be married to an actual Rock Star!

Even better than that for me – because it’s still a bit about me! – now I really like them. I promise I’m not just pretending to because they’re getting a bit of success! You can tell from what I said earlier that I am honest about these things. It turns out that I do actually like psychedelic, dirty guitars when there’s a tune I can sing along to over the top. Gary Barlow could perhaps build that idea into Take That’s next album.

So here’s the shameful plug… Do you fancy having a listen?

You can listen to their new single ‘She’ for free on soundcloud (just click to play) or on Spotify,or you can buy their single on vinyl – because that’s what the kids are doing again these days.

And here’s a review of the single launch – where Ste gets a special mention.

Alright yes, I’m really fucking proud of him. I warned you I was biased. The rest of the band are bloody brilliant too.

Have a listen, like their Facebook page, spread the word if you can, maybe even go and see them when they tour!

Perhaps I’m widening my musical taste and getting slightly more cool than I used to be, (even though I say ‘cool’ which is probably not cool either). At least I will always have a cat or two though.

Being married to a rock star wont change me!